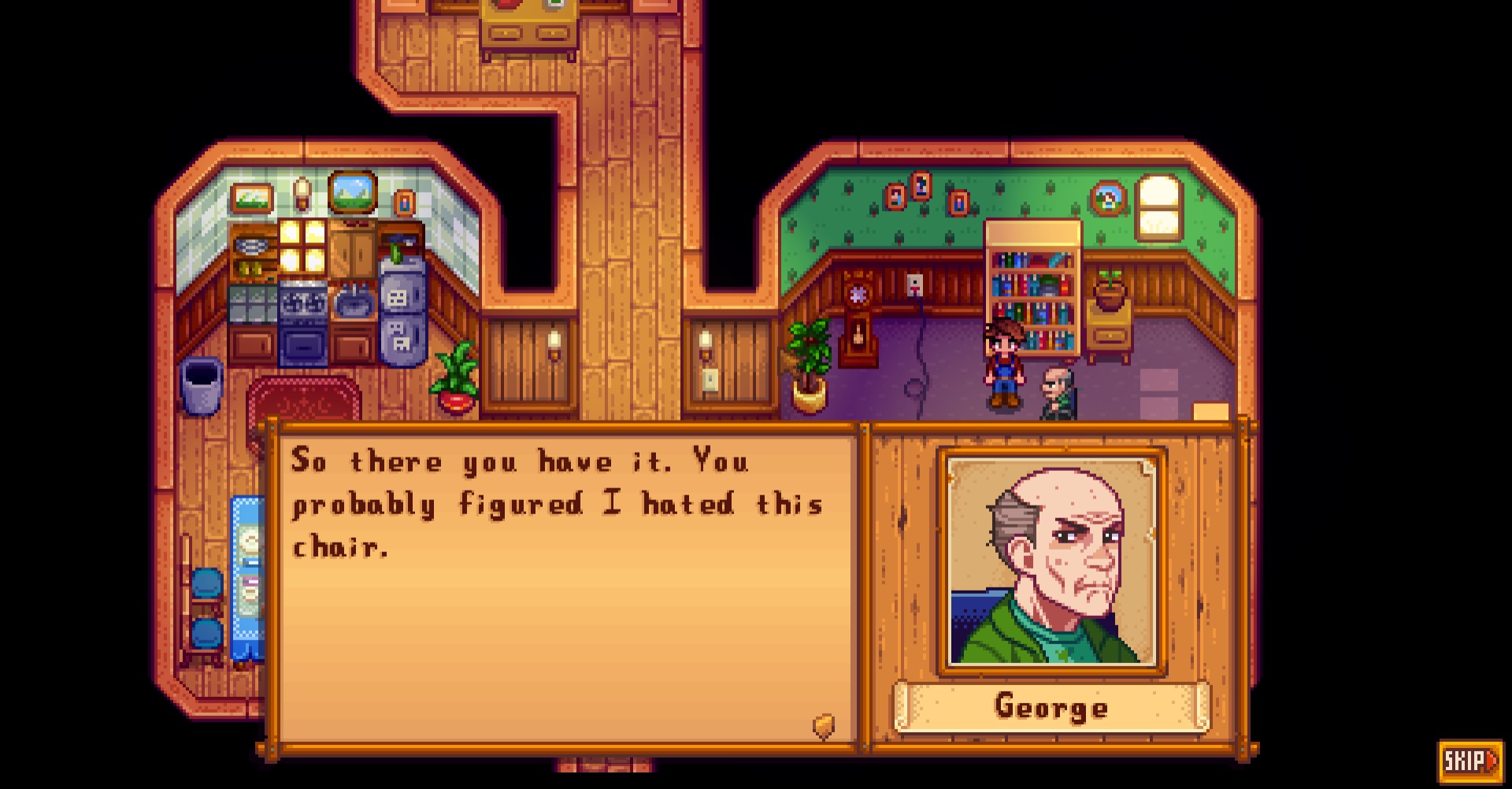 This mod aims to remove the homophobia from George’s dialogue. It also changes the ableist way his wheelchair usage was written while still retaining his general grumpy outlook and demeanour, changing his existing dialogue and adding more nuanced lines about his complicated feelings about his wheelchair usage.

Compability:
Conflicts: this mod might not be compatible with other Content Patcher mods that edit George’s dialogue, specifically those that edit the entries Wed_inlaw_Alex and Wed10_inlaw_Alex for the homophobia replacer, and 18/f George 1500/p George, Wed8 and Tue10 for the ableism replacer.
Incompabilities: this mod is not compatible with non-Content Patcher mods/ XNB files that directly replace George’s dialogue file George.xnb and the event file for 1 River Road, JoshHouse.xnb.