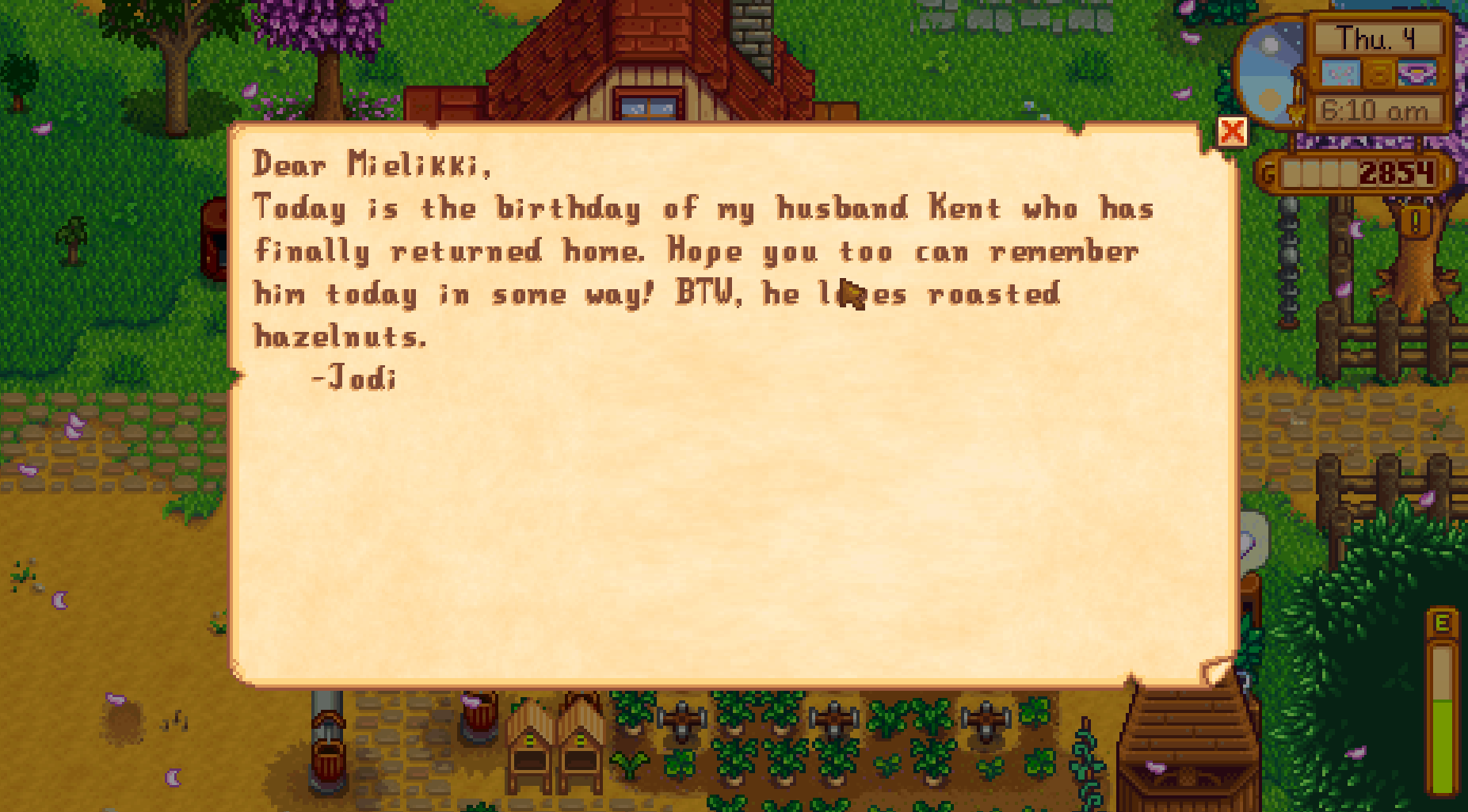 As KathrynHazuka’s mod for birthday mail stopped working (and they’ve not promised an update so far), I made my own and here it is.
The character receives a reminder mail for villagers’ birthdays.
The messages are sent by various villagers (in most cases a friend or family member) and include some hints for suitable presents (I’f I’d found how to make random suggestions,I’d have done that, now the message is always the same).

I’ve worked the texts in English and Finnish (which replaces Hungarian and is meant for StardewFinnish. Of course It doesn’t require it!) Translations welcome! (and if someone makes Hungarian, I’ll split the mod).

Could be incompatible with other mods sending mail (it seems if there are two mails with the same date as condition, only one is sent; to circumvent this I’ve done some combinations).

Getting mails for Dwarf’s birthday requires having some friendship with him. Same with Kent’s birthday after the second year. This was due to problems with conditions including dates or items.