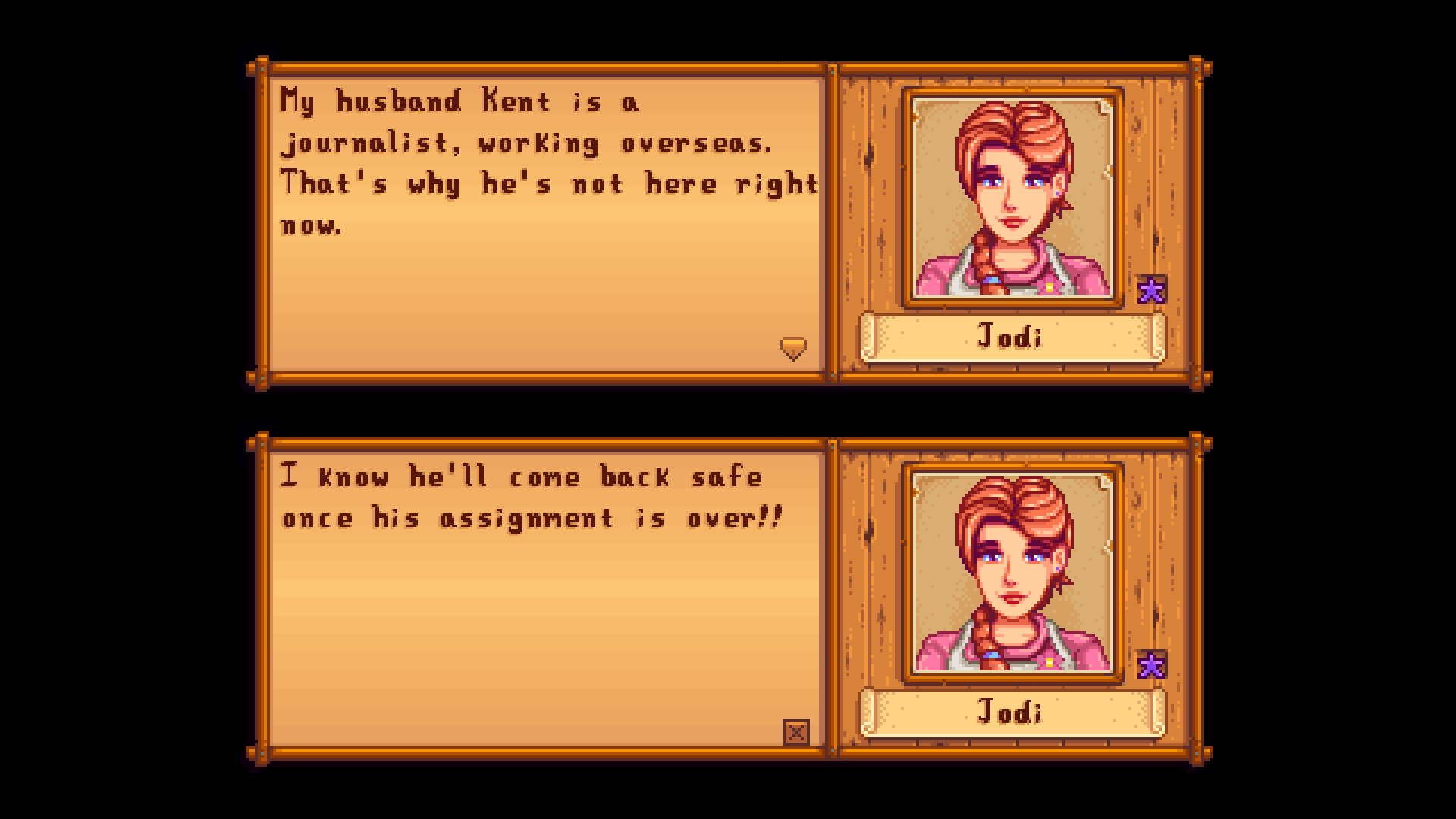 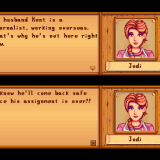 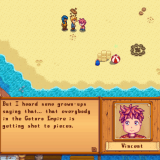 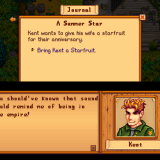 About
Why is the Ferngill Republic at war with an empire across the ocean? Is the Gotoro Empire super evil (in which case why aren’t people more concerned), or is that a bunch of propaganda? Isn’t thousands of soldiers dying a pretty big deal? And why is nobody’s life affected in any way by this war, except Kent and his family’s—especially given that Pelican Town is on the southern coast, the closest mainland point to the Gotoro Empire?

This mod rewrites all text relating to that subplot. There’s still conflict in the Gotoro Empire, but the Ferngill Republic isn’t directly involved. And while Kent is still traumatized by his experiences, he’s now a journalist who is working overseas at the start of the game.

On: The mod makes changes to dialogues and quest text.
Off: The mod will not do anything to the game’s dialogue. It works exactly as if you didn’t have the mod installed.

Compatibility
This mod should have zero compatibility issues, except with other mods that change these particular lines of dialogue. If two or more mods change the same line, Content Patcher will pick one and apply it (typically the one from the pack that was loaded last, which is usually the one that comes last alphabetically).

To actively control which mod’s line is chosen:
With Stardew Valley closed, open each relevant mod’s content.json file.
Find the relevant line.
In that line’s “Action” block, look for “Enabled”: “true” (add it if it doesn’t exist).
Leave the value as “true” for the mod you want to use for that line, and change it to “false” for the rest.
Save the content.json files, and you should see only the chosen line the next time you run the game using SMAPI.