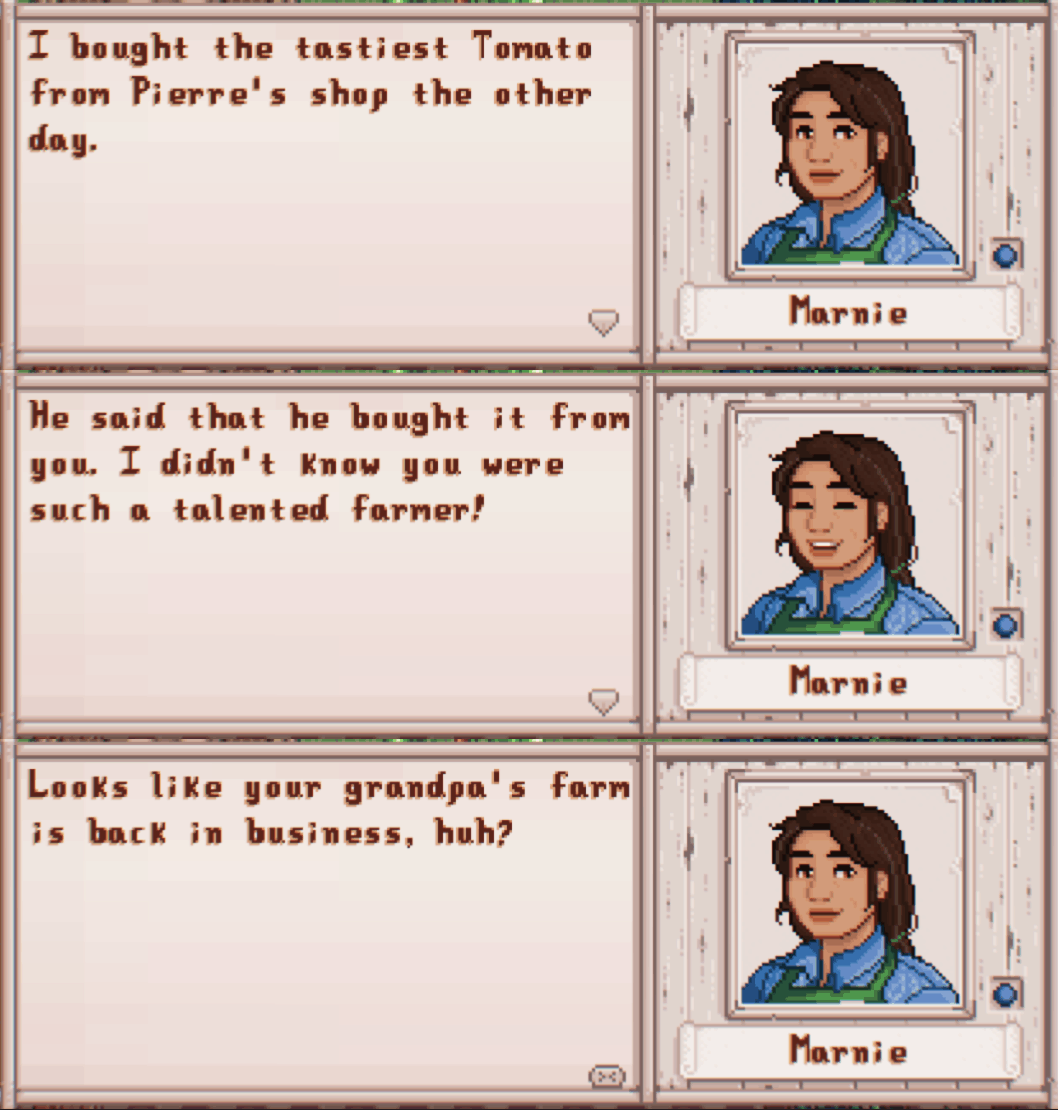 So I play with a CP buffet of dialogue mods and realised when watching YT videos… how much vanilla Pierre sucks. So this mod improves him.
(copycating DaisyNiko’s description starts now!)

features
changes abigail’s event and the secret stash event so he’s not sexist and hiding things from his wife. The latter event is now focused on you being in the wrong for creepin’
changes his dialogue so he actually loves his wife and has a life outside running his shop wow
tweaks a couple random bits of dialogue to be more vague about the whole Wizard Affair thing because tbh I hate that, and also in my game, the wizard is a woman around Abigail’s age so it made no sense
he now actually credits you if you sell him produce and then he sells it seriously wtf pierre.